Let’s move, for a moment, to the other side of the United States. Strieber’s experiences in his New York cabin are an eerie echo of the deeply weird events that biochemist Kary Mullis experienced at his northern California cabin during the very same year, described in his 1998 memoir Dancing Naked in the Mind Field.
Mullis is a countercultural sort of guy, and he holds some highly questionable beliefs, but the things he saw near his cabin in 1985 go well beyond the usual acid flashback or hippie-mystic daydream. Though there was no overt “visitor” involvement, Mullis reports many of the things common to abductions, notably episodes of missing time.

It all began one summer night when Mullis was at the cabin by himself. He arrived there around midnight, grabbed a flashlight, and headed for the outhouse that stood about 50 feet away from the cabin. As he approached it, he could see something softly glowing in the darkness beneath a fir tree. It appeared to be a raccoon. Like something out of Antichrist, the raccoon looked at Mullis and spoke to him in a normal, human-sounding voice: “Good evening, doctor.”
Mullis has no memory of the rest of that night. His next conscious memory is of walking along a road near his cabin around 6:00 the next morning, with no idea how he got there. His flashlight was gone. When he reached the cabin, he found the groceries he had placed on a countertop the previous night still sitting there, untouched.
Other visitors to the cabin had similar weird encounters over the years; Mullis’s daughter experienced three hours of missing time, and a friend saw what appeared to be a tiny, glowing man that was a dead ringer for Mullis’s elderly neighbour. The apparition was standing almost exactly where Mullis had seen the glowing, talking raccoon years earlier.

“Truth commission goes to court to get government documents” (Toronto Star)
The Truth and Reconciliation Commission of Canada, which has been conducting an inquiry into the nation’s residential schools, has filed an application with the Ontario Superior Court of Justice, asking the court to clarify the government’s obligation to release all documents relevant to the schools. According to Justice Murray Sinclair, the head of the Commission, this step has been taken as a last-ditch measure; the Commission is concerned that if the release of documents continues at Ottawa’s current pace, it will not be able to fulfill its mandate to compile a “complete historical record on the policies and operations of residential schools” and to “learn the truth about what happened in the residential schools and to inform all Canadians about what happened” in them as part of the process of healing. The information required by the Commission includes “who funded the schools, testimony from officials of the institutions that operated the schools, and experiences reported by survivors, their families, communities and anyone personally affected by the residential school experience and its subsequent impacts.”

To date, though Ottawa has released roughly one million documents related to the schools, Ottawa has not met the Commission’s needs. That isn’t surprising when one considers the fact that the schools were in operation for well over a century. The amount of documentation must be staggering. But to meet is goals (and its June 2014 deadline), the Commission must have all available records. This should be a top priority for the government, and court applications shouldn’t be necessary at this late date. The health and future of Canada depends upon having a clear-sighted view of our history and how that history has shaped our present circumstances. 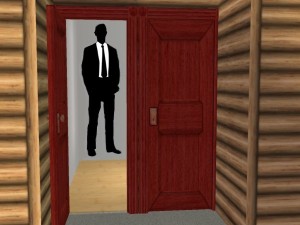 One of the weirdest aspects of the close encounter phenomenon is the connection it has to ghosts. This is something Whitley Strieber learned during his very first remembered experience, the abduction of December 26, 1985. Though he didn’t mention it in Communion, Strieber has revealed that throughout his time on the UFO, the visitors were accompanied by a completely normal human man. Stranger still, he was a man Strieber actually knew. They had attended the University of Texas at Austin together in the ’60s, and the man (whom Strieber has not publicly named, to date) went on to work for the CIA. As the visitors in the UFO’s round room inserted a needle into Strieber’s head and violated him with the infamous “anal probe”, the CIA man sat or stood nearby and talked to Whitley about a certain stealth bomber (details of which were still top secret at that time), warning him there were some technical problems with the aircraft.
Because of this person’s presence on the UFO, when Strieber first began to recall the events of late 1985, he believed he had been abducted, drugged, and sexually assaulted by wholly human intelligence agents who held a grudge against him for the environmentally-minded and anti-Establishment books he had published in the early ’80s, particularly the novel Warday. The CIA man, then, was part of a terror campaign designed to intimidate Strieber into silence. He felt so certain of this that he was prepared to file a criminal complaint. He already knew the man despised him; a staffer in Senator Ted Kennedy’s office had phoned him after the release of Warday to warn that this individual could sic the IRS on him. As Strieber told the hosts of the Paratopia podcast, Warday had killed a bill that the Reagan White House had drafted, asking for increased funding from Congress to prepare defenses against limited nuclear warfare.

This man may or may not be the same CIA agent mentioned in Communion. Anne and Whitley Strieber both experienced anomalous things while living in an apartment on West Seventy-sixth Streeth in New York City during the late ’70s, and they had moved around frequently for the next several years. Sometimes, the moves were precipitated by an inexplicable fear Whitley felt, a sense that they weren’t safe in their home. Strieber tells us on page 139 that he always attributed his fear to an enigmatic stalker, an “old college acquaintance” who made menacing phone calls to him. Strieber now believes this campaign of harassment never happened at all; it was a screen memory, shielding him from the truth about the things that happened during that time, just as the memory of a snowy owl would screen his memories of the December 26, 1985, abduction. Bizarrely, though, Strieber’s memory of the stalker was remarkably detailed for a screen memory. He could even recall being hypnotized by a “kindly detective” to help him identify the stalker’s voice.
If the same college acquaintance played a role in his supposed screen memories and his December  ’85 abduction, then we must wonder why.
In 1986, Strieber had not spoken to the man for two or three years. His phone number had been disconnected, but he was able to contact his brother.

Now for the strange part: The CIA man’s brother informed Strieber that he had died in March 1985, some nine months before the abduction.
Briefly, before getting to know some other abductees who had seen the dead, Strieber pondered the possibility that CIA man was actually still alive, having faked his own death or having instructed family members to say he was dead. But after Communion was published and he began receiving letters from other close encounter witnesses, he discovered that the dead are often seen in connection with the visitors. He now accepts that the CIA man was truly deceased on that strange, terrifying December night.

Shortly after Communion was published, the Striebers were contacted by an older woman named Lorie Barnes. She had been having visitor experiences for much of her life, starting in the 1950s. The Striebers were startled to learn that Ms. Barnes was a literal next-door neighbour; she lived in the building beside theirs in Greenwich Village. Soon after their first meeting, Lorie Barnes began working as a secretary to the Striebers, helping them read and file the countless letters they received from other close encounter witnesses (some of these were published as The Communion Letters).

In 1988, Lorie Barnes was a guest at the cabin. One day, walking by herself along the private road that ran in front of it, she saw her brother Jonathan standing near the woods. This was surprising, because Jonathan, an artist, had vanished without a trace in 1971. He had been declared legally dead in 1980, eight years before Lorie saw him in upstate New York, hanging around her friend’s property as though it was the most natural place in the world for him to show up unannounced.
“Jonathan, what are you doing here?” Lorie asked him.
He replied, “I’ve just come to tell you, sis, you’re in the right place.”
Jonathan hadn’t aged a bit; he looked much the same as he had at the time of his disappearance, seventeen years earlier. He wore a toga-like white robe belted with a tasseled bit of rope, like a monk, or an apostle (his air of tranquility also reminded Lorie of a disciple of Christ). After his puzzling statement, he “floated” off into the woods.

In Breakthrough, Strieber mentions that Lorie Barnes was the third person to encounter a dead relative at the cabin since 1986. He describes the other encounter in his most recent book about the visitor phenomenon, Solving the Communion Enigma: A group of friends were guests at the cabin sometime in 1988, and one night four of those people, sleeping in the living room,  woke to find themselves paralyzed. For the next five to ten minutes, unable to move, they watched several “dwarf acrobats” in dark-blue clothing leaping about the room. Then the figures simply vanished, and the guests were able to move freely again. Sleep paralysis could account for one person having this experience for a minute or two, but for four people to experience sleep paralysis and an identical hypnopompic hallucination, simultaneously, for up to ten minutes, is an impossibility. Meanwhile, in the basement, two other guests woke to find a friend of theirs standing silently at the foot of their bed. She informed them she was “all right”. This woman had died during the Mexico City earthquake of 1983.

Also in 1988, an FAA inspector contacted Strieber with a strange story. Just a few days earlier, around 10:00 at night, his wife had been preparing to take their dog out for a walk. As soon as she opened the front door of their house, she saw a large, fireball-like object fly across the sky, disappearing behind some trees. She thought it was an airplane falling out of the sky, and told her husband he would probably be summoned to the scene of the crash at any moment.
That’s when the couple’s 10-year-old son dashed downstairs in his pajamas, shouting that “little blue men” had just brought his older brother, Charlie, into his bedroom. They wanted his family to know he was okay, the little boy told his parents. This was a shock to them, because their older son had been killed in a car accident one week earlier.

New blog! Not a replacement for the old blog, just a new place to post stuff that can be shared with everybody: Bizarre books, unusual people, unsolved mysteries, and other general weirdity.