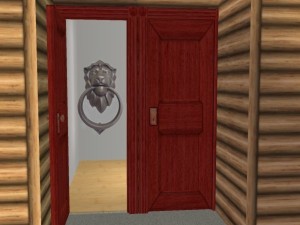 As recounted in his 1988 book Transformation, Whitley Strieber decided to confront his fear of the mysterious, nonhuman entities he referred to as the “the visitors” on the night of August 22, 1986 (roughly eight months after he first realized that something strange was going on in life). Terrified but determined, he ventured out by himself into the inky darkness that surrounded his cabin. We now know that this cabin, where so many of his experiences with the visitors occurred, was located about twenty miles from the little town of Pine Bush, New York, itself a hotbed of UFO sightings and close encounter reports.

Strieber’s wife, Anne, and their young son were already asleep, and there were no guests staying at the cabin that Friday night. This was years before cell phones became must-have items. He was totally on his own. As Strieber gazed toward the entrance to the woods that bordered his property, his mind filled with dread and sickening notions about what the visitors might be. These were the same woods where the visitors apparently carried him on the night of December 26, 1985, before somehow floating him upwards into what can only be described as a UFO. Now, at the thought of walking alone into those woods, Strieber began to think of the visitors as goblins, demonic beings that would eat his soul. The dark imagination that enabled him to write gripping horror thrillers was now working against him, leaving him dry-mouthed and quaking. It worked so fiercely that when he reached the gate separating his deck from the yard of the cabin, he couldn’t bring himself to open it.

As Strieber suspected, these timid forays seemed to serve as an invitation to the visitors – a sign that he was willing to meet them again. The Nine Knocks were their signal that the channels of communication were open. Though far less surreal than many of the other things Strieber has experienced, the Knocks turned out to be a watershed moment for him, the point when he could no longer deny the fact that an unknown presence had established itself in his life.

It began when he was alone in the cabin, reading a paper by his friend John Gliedman (incidentally, Gliedman himself had seen an unusual light in the night sky during his stay at the cabin, earlier that month). It was the night of August 27, and Strieber had just returned from one of his late-night circumnavigations of the yard. He still couldn’t bring himself to enter the woods after sundown.
It was a very still night. The cabin was so remote that traffic sounds could not be heard.
Anne and Andrew were asleep. As he read in a chair by the living room window, Strieber noticed that the family’s two cats woke from their naps at the same time and began to prowl nervously.
Suddenly, at 11:35, there were nine very loud knocks against the side of the cabin wall, delivered in three sets of three. Each knock sounded the same, and they were evenly spaced, almost machine-like in their precision. After the hard knocks came a softer double knock. Startled, the cats dashed away to hide. One of them wouldn’t emerge from her hiding place until late the following night.

The Knocks came not from ground level, where a person would be standing, but from a spot near the room’s ceiling, eighteen feet off the ground. Strieber believes it would have been impossible for someone to creep up to the cabin with a ladder that night, as the wall where the knocks sounded had two open windows in it, and he was sitting near one of those windows. He had not heard a sound. Furthermore, the cabin’s outdoor motion lights had not been activated (this would have been unusual if a human approached, but the visitors consistently entered the cabin without triggering either the motion lights or the security system alarms).

“It was the first definite, physical indication I had while in a state of completely normal consciousness that the visitors were part of this world,” Strieber wrote on page 132 of Transformation. Ever since his experiences of the previous Christmas, he had suspected that everything he had seen and heard could be a manifestation of some mental condition – a brain tumour or temporal lobe epilepsy had seemed like strong possiblities. Or maybe he was losing his sanity, he thought. Yet extensive testing had shown him to be healthy and free of brain abnormality.
Now, with the Knocks, he felt that whatever the visitors were, they were not phantasms of his own mind; they were a reality external to himself, and very strange indeed. To his mind, they had given him an unambiguous response to his halting efforts to reach out to them in the night. Perhaps, he later mused, the knocks had even been a summons to beckon him out into the dark – an invitation he did not accept at that moment. In spite of his curiosity, his longing to know more about the visitors, the fear he felt was just as acute as the cats’ panic.
His decision to stay indoors on that night haunted Strieber; if he had stepped outside, what would have happened? It was this regret, combined with his insatiable curiosity, that finally propelled him into the dark woods. He forced himself to leave the comfort of his cabin each night and walk into the woods, venturing farther along the path on each excursion. The fear never really abated.

By the time he wrote his next book about the visitors, Breakthrough, Strieber had learned of a peculiar incident that occurred in Wyoming on a night in late February, 1988. Transformation had not yet been released (it came out in March), and no one outside Strieber’s personal circle knew of the Nine Knocks.
In Glenrock, Wyoming, about fifty residents were roused from sleep shortly before 3 AM by thudding or knocking sounds that seemed to originate from the walls of their homes and garages (a few reported the sounds as coming from their vehicles or fences). Police received a flurry of phone calls from people who thought they were being harassed by pranksters.
What interested Strieber about this event was that some of the people who heard the knocks heard exactly nine of them. Some also saw odd mists or glowing lights around their houses at the time the knocks sounded, and several spotted an unidentified aerial object that was described as a UFO by the Glenrock Independent on March 3.
Though a few theories were proposed, the Glenrock knocks remain unexplained.